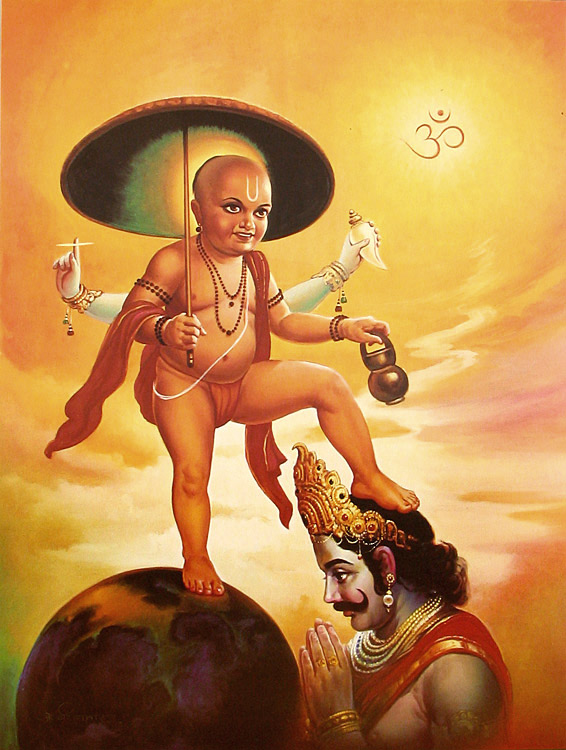 In VAMANA Avatar, Lord Vishnu incarnates himself as a dwarf priest in this world. BALI, the grandson of Prahlada was a very valorous and mighty asura. By his penance and might, he conquered the whole world. Indra and other gods fearing that he and asuras would conquer all the three worlds, went to Lord Vishnu for help. Lord Vishnu was then born as a dwarf Vamana in the household of a brahmana(priest). He went to Bali on growing up and asked for alms. Bali was delighted to offer him anything he requested even though his priest warned him that it was Lord Vishnu.  Vamana then requested for the amount of land that could come under his three feet. Bali gracefully agreed. Lord Vishnu then grew in size and covered the earth and heaven in two stride. And due to lack of space, he put his third leg on Bali himself and crushed Bali to the nether or the Patala loka(underground world), thus helping the Gods out.